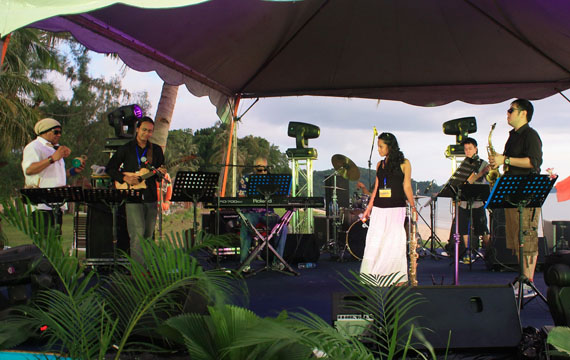 A Review of the Langkawi One Earth Jazz/World Music Festival

A Review of the

Being a die-hard music fan on an island with no live music except retro cover bands at hotel lounges, I was overjoyed back in October to find out that a jazz and world music festival was coming to the Frangipani resort in November, the first music festival probably since the late Ibrahim Hussain’s Langkawi International Festival of Arts back in 2000.

Despite my initial euphoria, I have to admit that after I found out it was mostly local Malaysian talent, I had a nagging fear I would end up clapping politely but inwardly squirming to some woefully sub-par jazz. I had no idea what calibre of musicians Malaysia has produced for jazz, the most difficult of musical genres.

After attending both nights of the festival on Nov 11-12, I’m utterly relieved to report that Malaysia has every right to be proud of their homegrown jazz musicians, all of whom had technique and improvising skills that rival jazz players abroad. The festival kicked off with keyboardist Michael Veerapen’s band, which backed up many of the headliners. I was told by many at the festival that Veerapen was the Father of Malaysian Jazz. Just watching him play later would vapourise any doubts I had about that statement. His solos were not just fiery but always punctuated with playful humour, always a sure sign of a musician with total command of the form.

Veerapen was supported by a rock-solid rhythm section with bassist Daniel Foong and a truly awesome drummer, Zahid Ahmad. Foong fooled us for awhile with his shy, babyfaced demeanor and unpretentious bass lines, but he wowed everyone later with some great solos. 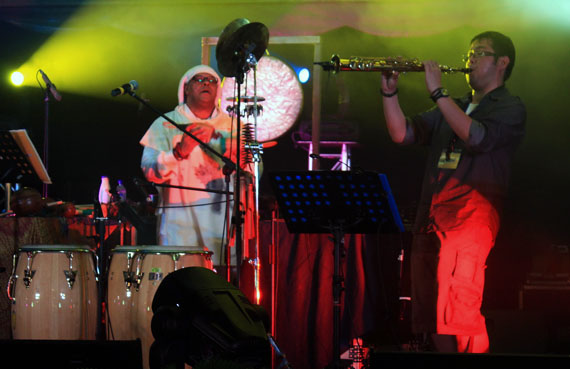 Saxophonist Julian Chan played competently throughout, backing up Veerapen’s fusion jazz, Junji Delfino’s classic jazz vocals and Dasha’s jazz-pop. But it was during the marathon two-hour closing act with Brazil’s Valtinho Anastacio that Chan blew some hair-raisingly intense solos on soprano sax that were liberally sprinkled with atonal squawks and Arabic scales. To my ears they were brilliant solos, but the dinner crowd looked largely bewildered by that sudden burst of bebop. 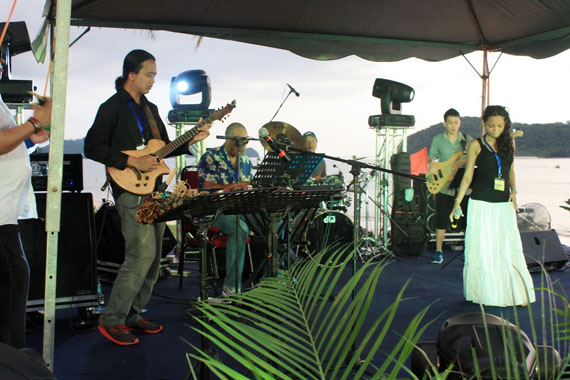 Surprisingly, the festival showcased a solo new-age jazz acoustic guitarist, Az Samad. Samad dazzled the crowd with impeccable playing that often involved artificial harmonics and simultaneous drumming on the body of his guitar. He even had a rough piece of unvarnished wood glued to the guitar’s soundboard to simulate hip-hop scratching! Samad played his own compositions but also a stunning medley of Norwegian Wood and Smells Like Teen Spirit in acoustic jazz style. 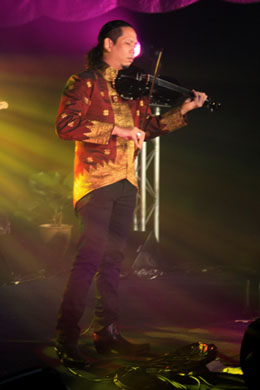 The world music acts included Indonesian electric violinist Tengku Ryo and Brazilian percussionist Valtinho Anastacio. Of all the headliners, these two possessed the most charismatic and larger-than-life stage personas. Their acts were idiosyncratic hybrids of rock, jazz and the traditional music of their home countries.  Ryo even hooked up his violin to a wah pedal and cranked up the distortion for his final solo.

An unbilled local band also played some very poignant traditional Malay ballads. They were probably replacements for the highly-anticipated Sulianos, who pulled out of the festival for reasons unknown.

Crowd favourites Isaac Entry and Dasha brought cool, jazzy and more accessible pop to the event. Isaac Entry stole the show at the festival with his huge voice and supremely relaxed singing style.  He is undoubtedly one of the great undiscovered pop acts in Malaysia. Judging from the excitement he created after
his set, it wouldn’t surprise me one bit if he
broke out internationally in the near future.                                    Tengku Ryo 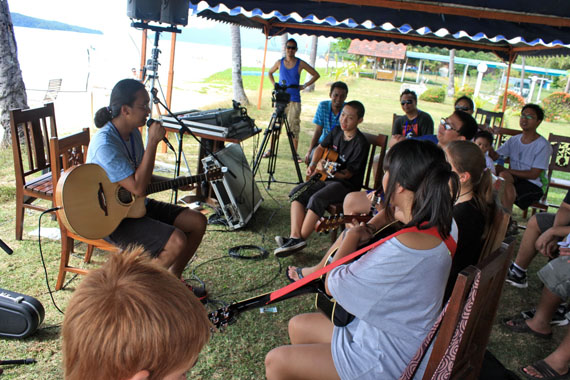 The One Earth Music Festival in Langkawi was a magical event for the relatively few people who experienced it.  It accomplished its goal with a small number of acts in a tiny venue, and with very few corporate sponsors and a limited budget.  It’s a terrifying thought to think that it might not come around again next year if this year’s festival does not generate enough buzz.

Let’s all pray to the Jazz Gods that it was enough, because the island of Langkawi is the perfect backdrop for a major outdoor music festival.