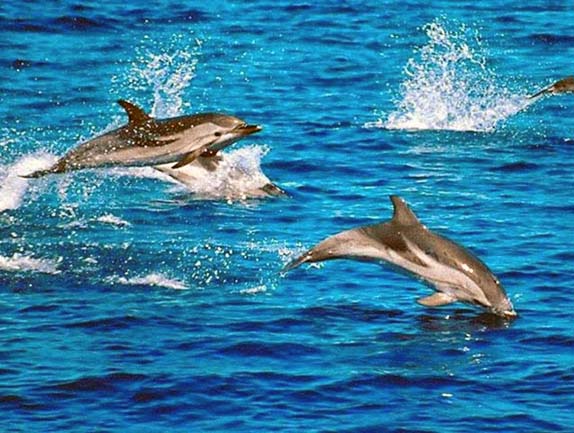 ‘No man is an island, entire of itself; every man is a piece of a continent, a part of the main… SO NEVER ASK FOR WHOM THE BELL TOLLS. IT TOLLS FOR YOU…’

While written by the British poet, John Donne, nearly four hundred years ago, these inspiring words have never been more relevant than today! A wonderful example what a difference people can make when united by a common goal is the LANGKAWI ARMS PROJECT that was launched at the beginning of December at THE ANDAMAN, A LUXURY COLLECTION RESORT situated on the northwest tip of Langkawi.

What began as a personal initiative of DR. GERALD GOEDEN, a marine biologist and passionate environmentalist, turned into an amazing eco-project involving major players and benefiting our entire island!

When Dr. Gerry first visited The Andaman in 2011, he was devastated by the condition of the 8000 years old coral reef at the Datai Bay that has been badly damaged by the 2004 Tsunami. Rather than moving on to another site where he could study a vibrant marine life, he began to think of ways to restore the reef’s original beauty, with his ideas quickly gaining the support of the resort’s management.

Rolling up their sleeves, the Andaman’s associates started to carefully remove dead coral from the sea to secure a safe environment for the remaining healthy coral polyps, making it a regular activity that soon attracted the attention of guests. Eager to give back to nature, many of the holidaymakers joined in, making the conservation project over time so popular, the resort moved on to the next stage of the coral rescue – building the very first Coral Nursery in Southeast Asia that was officially launched in March 2012! Since then, the Andaman guests have the opportunity to learn about the fascinating underwater world and single-handedly transplant live baby corals into the nursery until they recover and can be relocated back to the reef. An activity embraced with enthusiasm not only by adult travelers but also by their children who – in a few years time – will become the world’s decision makers, passionately waving the environmental flag!

Teaming up with UNIVERSITY MALAYSIA TERENGGANU, The Andaman welcomes students of marine sciences who have the opportunity to conduct in the Coral Nursery research required for their Master’s Degree. The participation of advanced students who work towards their Ph.D. is in the pipeline.

While rescuing the coral reef a ‘polyp at the time’ is an inspiring undertaking, to make a real difference, major resources are needed. Which is where LAFARGE MALAYSIA BERHARD, a construction company that has a large cement plant on the island, came into play! Committed to supporting the local community that depends on eco-tourism and sustainable fishing industry, the company provided in June 2013 five Artificial Reef Module System (ARMS) – unique concrete structures that act simultaneously as a coral substrate and a living space for juvenile fish. Closely monitored for the duration of 12 months, the pilot project has proven so successful in attracting marine life, Lafarge committed to a long term support, moving forward to a full-scale deployment of ARMS.

Attended by media from all across Malaysia, the launch of the LANGKAWI ARMS PROJECT took place on the 1st & 2nd December 2014. THE ANDAMAN, UNIVERSITY MALAYSIA TERENGGANU and LAFARGE MALAYSIA BERHARD came together to immerse in the course of a celebratory two days event a total of 52 modules, covering over 1,000 square-meters of the sea bed! An ideal base for thriving coral colonies that provides maximum hiding space for juvenile fish, the artificial reef will contribute to increased fish reproduction and preserve the biodiversity of marine species.

Closely monitored by marine biologists worldwide, the Langkawi ARMS Project has the potential to set into motion a powerful avalanche, inspiring other countries to put into place similar initiatives in a global effort to preserve the fragile marine eco-system.

It may be just a coincidence, but when Dr. Gerry went for a morning walk on 2nd December, just a few hours before the ARMS were submersed; he spotted a swarm of white dolphins at the Datai Bay. Joyfully jumping above the glistening water surface, as though they knew the marine environment is about to change for the better, their presence was the most cherished price the passionate Marine Biologist could hope for…